American trombonist Jemmie Robertson performs extensively as a soloist, orchestral and chamber musician. Jemmie enjoys championing new repertoire and exploring the continuously expanding expressive possibilities of the trombone as well as sharing the wealth of great music associated with the instrument from the 15th century to the present. As a teacher, Dr. Robertson enjoys collaborating with young musicians and helping them to develop their own artistic voice and musical goals. Jemmie joined the faculty at the University of Florida in August 2018 as Assistant Professor of Trombone. Jemmie is a founding member of the American Trombone Quartet and most recently taught at Eastern Illinois University from 2009- 2018 where he was Associate Professor of Music and performed with the Eastern Faculty Brass and Eastern Faculty Jazz Combo.

Jemmie performs in the summers as a member of the Breckenridge Music Festival Orchestra in Breckenridge, Colorado. In August 2019, he returned as Principal Trombone with the Breckenridge Music Festival and appeared as a soloist in Robert Starer’s Concerto a Tre at the Vail Dance Festival in collaboration with the Martha Graham Dance Ensemble. In the summer of 2018, Jemmie performed the Albinoni Concerto, Op. 9, No. 2, as a soloist with the Breck Music Fest and has previously appeared as a soloist on numerous occasions there in repertoire by Albrechtsberger, Grondahl, Milhaud, and others. Also, in the summer of 2018, he was honored that the EIU Crossbones Jazz Trombone Ensemble was selected as invited performers at the International Trombone Festival where he also performed with the Southeast Trombone Symposium Professor’s Choir and the Cramer Choir. At ITF 2018 he also performed the world premieres of Mark Rheaume’s Trombone Concerto and John Cheetham’s Variations on a Chorale Brahms Chorale.

In the Spring and Summer of 2018, Jemmie performed with the St. Louis Symphony Orchestra for 12 weeks as assistant principal/2nd trombone. The repertoire included the world premiere performances of the opera An American Soldier by Huang Ruo, Verdi’s La Traviata, and many other Masterworks and Pops programs. Jemmie has also performed extensively with Lyric Opera of Chicago, Music of the Baroque, Chicago Chamber Musicians, Chicago Civic Orchestra, Opera Theater of St. Louis, National Repertory Orchestra, Quad Cities Symphony, Peoria Symphony, and many other ensembles, including as Principal Trombone of the Santo Domingo Festival Orchestra in the Dominican Republic (2011-2015).

Jemmie studied at Northwestern University (DM 2006) with Michael Mulcahy, Randy Hawes and Charlie Vernon; Yale University (MM 2003) with Scott Hartman and John Swallow; and the University of Northern Colorado (BM 1997) with Buddy Baker. Jemmie has three published solo CDs: Collaborations (2017), Conditions of a Solitary Bird (2014), and A New Day Dawning (2008) of which the ITA Journal wrote in a July 2018 review: “expertly interpreted and performed with personality, charm, and precision.” and “Jemmie Robertson is not just an accomplished trombonist, but a true artist of the instrument who has taken the time to craft his artistic vision of each piece.”

Before pursuing graduate studies, Jemmie was a member of the Virginia Symphony Orchestra (2000) and the USAF Heritage of America Band (1996-1999). After completing his doctorate from Northwestern, Dr. Robertson taught on the faculty at Augustana College in Rock Island, IL from 2005-2010. Dr. Robertson actively presents and performs at festivals and conferences with numerous appearances at the International Trombone Festival, American Trombone Workshop (& ETW), Big Twelve Trombone Workshop, Southeast Trombone Symposium, Wright State Trombone Day, Illinois Music Educators Conference. Jemmie organized and hosted the 2019 Florida International Brass Festival and Conference (Feb. 8th-10th, 2019) and work is beginning on UFIBFC 2020 which will be held Feb. 7-9, 2020 at UF in Gainesville, FL. Jemmie also founded MT2EC, the Midwest Trombone Tuba Euphonium Conference which has been hosted annually at EIU since 2014.

Stateside, he recently completed recital tours to Oklahoma, Texas, and New Mexico in January 2019, and to Montana in September 2019. Upcoming, the American Trombone Quartet will release Premiere!, their first CD recording project, in spring 2020. He will perform on a faculty guest artist recital at the 2020 American Trombone Workshop, where the UF Trombone Ensemble will also perform as invited guest artists. In July 2020, he will travel and perform with the UF Jazz Trombone Ensemble to Osaka, Japan for an invited performance at the International Trombone Festival.

Jemmie is an Edwards tenor and bass trombone performing artist and clinician and performs on the T396-A and the B454-E. More information about the University of Florida School of Music, Trombone Studio, and degree programs is available here.

“I’m extremely happy with the liveliness of sound from my new T396-A. The sound is very even across all registers and the instrument provides a subtle flexibility of tone colors that is malleable for a variety of musical styles. I love how the instrument blends in a variety of settings, from solo work, to brass quintet and mixed chamber ensembles, to playing principal or second trombone parts in the symphony orchestra setting. Since switching to the new Edwards horn I notice that I can play a variety of passages from our repertoire with much greater ease and efficiency. I’m convinced that Edwards makes the highest quality products on the market, from design and manufacturing, to fitting you to the ideal instrument. Edwards consistently delivers so that you can focus on musical artistry.” 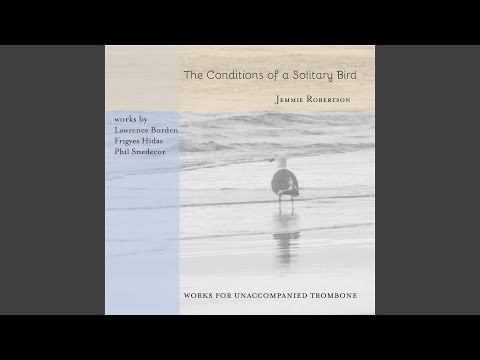