Adam Rainey, a Kentucky native, joined the Kansas City Symphony as bass trombonist at the beginning of the 2014-15 season. In 2012, Adam made his debut with the Boston Symphony Orchestra playing Mendelssohn’s A Midsummer Night’s Dream under the baton of Bernard Haitink. Later that year he recorded John Williams’ Fanfare for Fenway with the Boston Pops under the baton of Williams in celebration of the first centennial of Fenway Park. He has also performed with the Philadelphia Orchestra, Pittsburgh Symphony, Grant Park Orchestra, Louisiana Philharmonic, and Vermont Symphony. Attendance at summer festivals has included the Pacific Music Festival (Japan), and two summers as a fellow at the Tanglewood Music Center.

Adam received both his Bachelor and Master of Music degrees from the New England Conservatory of Music, under the instruction of Douglas Yeo and James Markey. Additionally, he has studied with Norman Bolter, Mark Gaal, Steve Lange, Peter Norton, and Toby Oft. Adam received Second Prize at the 2011 Zellmer-Minnesota Orchestra Trombone Competition and was a finalist at the International Trombone Association’s Edward Kleinhammer Competition.

“With its rich sound, freedom, and versatility, the Edwards bass trombone is my clear choice. It is the best trombone I’ve ever played.”

Adam in the News 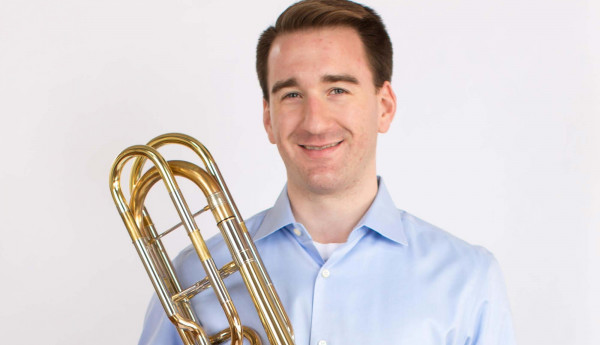