Over the past few years, I have been fortunate to get called by the Santa Fe Pro Musica to play whenever they need trombones. It is the best of situations for me as my family lives nearby in Albuquerque, so I get to play with fantastic musicians and see family. Recently I was called to play bass trombone on Haydn’s Creation. I was excited to get to play a work I have heard constantly but never been able to play with with an orchestra. (I’ve worked with bass trombonists for many years, so you can imagine how many times I’ve heard the excerpt. )

The first thing I do after getting a gig is analyze the type of work(s) I’ll be performing, and then match the equipment to the job. It is amazing how big a difference a mouthpiece or horn can make in different music settings. That said, I am not an advocate of students switching equipment for each piece of music. Students should focus on practicing and really learning one horn before diving into other equipment. It is difficult for me to say when it is okay, but once a player can switch equipment quickly and with few adverse effects, then he or she is probably ready.

I called Debra Taylor (principal) and Ed Ullman (second) and asked them what they were playing. Debbie was playing alto and Ed a small bore Edwards tenor. This allowed me the freedom to choose a smaller bass setup. The B427 single valve bass was my weapon of choice. There are a couple of low C’s, but with a little pull of the F slide, the horn would work perfectly for such a piece.

Ron Knaflic was kind enough to fit me to a horn. It is imperative to have another set of ears when getting set up on an instrument (which is why we help in all appointments). What you feel and what people hear are often times two separate things. I wanted either a single bore bass slide, but on a whim, Ron pulled out a T-DB slide (.547″/.562″ dual bore, all yellow brass). I was a bit skeptical. Putting aside my bias I played the horn. A few tweaks of the leadpipe later, I ended up with a 925CF bell (very light, 23 gauge, unsoldered, red 9″ bell). The tuning slide was a dual radius yellow and the valve section had Edge bracing. The setup allowed for very clear articulations and a sound that would not overpower the smaller ensemble that the Santa Fe Pro Musica uses.

Before leaving to Santa Fe I brought Jeff Taylor of Griego Mouthpieces in to listen and play the horn. When I told Jeff about the horn I could hear the same skepticism that I had in his voice. Arriving with mouthpiece in hand, Jeff picked up the horn and played: “now this is a great horn!” Jeff’s normal setup is a heavier bell for orchestral playing but he immediately started talking about the type of works this type of instrument would work well for. Hearing the horn for myself I felt much more confident going to the gig. It is always a bit harrowing to go to a job with a new horn that you have never played on a gig.

Once in the ensemble, I was amazed at the amount of clarity I was able to achieve with this smaller setup. I use a non-traditional bass mouthpiece as I tend towards a darker sound on smaller equipment and can sound tubby on larger mouthpieces. I’m a tenor player that doubles on bass, so I played a NY 4 that Ron helped me find. It sure is nice to have a whole mouthpiece line to choose from…

The comments coming from the musicians in the ensemble were also fun to hear. People commented many times about how they liked the sound and then asked why it sounded different from traditional bass trombones. When they realized that it was a smaller setup, many commented that they liked the clarity and how it matched the other trombones without overpowering the orchestra. Cliches aside, it’s important to keep the other musicians happy (as well as the musical director).

Equally important is realizing that unless you have a large choir behind you, you will need to play dynamic levels down at least one level from where written. If you take the “modern” approach to trombone playing into a Creation performance, you’ll get the hand the entire piece. Using a smaller instrument will give you the clarity and sound needed. The only negative I had was that I believe the mouthpiece was a bit too small for the horn which caused me to have to pull out the tuning slide more than I was comfortable with. In the future, I think I would go to a 3 in order to fix this issue.

All in all, the B427-E was a success for me, and I will keep this configuration in the back of my mind for the next time I get a call for works like The Creation. On the practical side, playing a smaller single valve bass is a lot less heavy. My left arm thanked me at the end of every rehearsal.

Update: This horn will be on display at every show we attend in 2007. 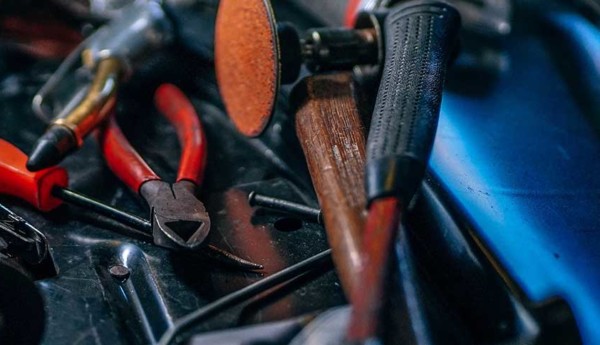 I’ve Got a Screw Loose 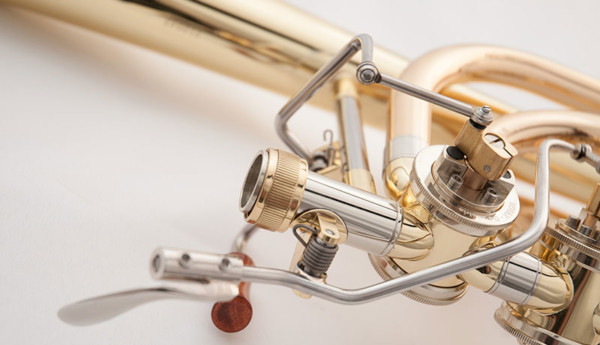 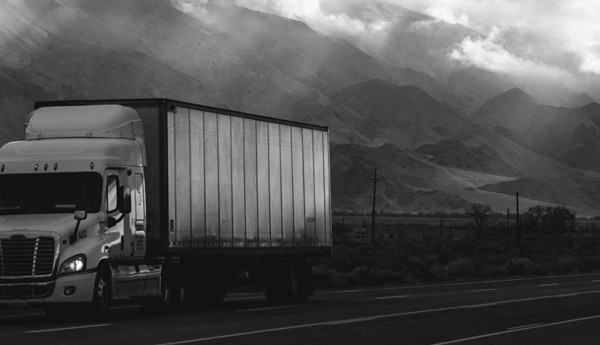