New York City trombonist Michael Boscarino is a native of Cranberry Township, Pennsylvania. He began his musical studies at age 7 on the piano. At age 11, he began playing the trombone as advised by his grandfather, Charles Lamendola and hasn’t looked back since. Michael holds a Bachelor of Music degree from Youngstown State University and a Master of Music degree from Manhattan School of Music. His trombone teachers include Susan Van Arsdale, Michael Lamendola, Robert Matchett Jr., Robert Matchett III, Michael Crist, Paul McKee, and Steve Turre.

While attending Youngstown State University, Michael was active on the Pittsburgh, Cleveland, and Youngstown freelance scenes. His performance credits in these areas include The Cleveland Jazz Orchestra, The Balcony Big Band, Sabor Latino, Azucar, and the Youngstown Symphony Orchestra. Also during his tenure at YSU, Michael played lead trombone in the 2002 Disneyland All-American College Band and attended the 2003 Henry Mancini Institute at UCLA on a full scholarship. Michael moved to New York City in August 2004 to further his studies at Manhattan School of Music and simultaneously launch his career as a freelance artist. He now enjoys a diverse career, performing in a wide variety of musical settings. Boscarino is a member of the legendary horn-driven Jazz/Rock band, Blood, Sweat & Tears, Max Weinberg Orchestra, Tedd Firth Big Band, Kyle Saulnier and the Awakening Orchestra, and The Rhythm Shop. From 2007 to 2013, Michael was the lead trombonist and featured soloist with the Tommy Dorsey Orchestra. He later spent a year and a half performing with Beginnings: A Tribute to the Music of Chicago (2015-2017).

Michael is in the studio frequently for recording projects and jingle work. His trombone work can be heard on commercials for Degree Deodorant, The Breeders’ Cup 2012, Olive Garden, Comcast Xfinity NCAA Football, Charles Schwab, Wrigley’s Extra Dessert Delights Gum, Ragu, Sears, and Commit NiQuitin Minis. Boscarino has contributed to pre-recorded theme music used at the Tokyo Disney Resort® as well as cabaret show music for Celestina Warbeck and the Banshees at the Wizarding World of Harry Potter at the Universal Orlando Resort™. Furthermore, Michael played on much of the pre-recorded music used on the NBC broadcast of the 88th Annual Macy’s Thanksgiving Day Parade (2014). Elsewhere on television, Michael was the trombonist on the PBS Thirteen TV Special; Great Performances-Chita Rivera: A Lot of Livin’ To Do. He can also be heard on several albums as a sideman (please see Michael’s website for a complete Discography).

In September 2013, Michael was appointed to his first full-time position on Broadway as trombonist in the musical, A Night with Janis Joplin. He was featured in segments done on the show by CBS News Sunday Morning, the Katie (Couric) Show, ABC World News, and The Wendy Williams Show. In March 2017, Michael was appointed to his second full-time position on Broadway as Trombone 1/Euphonium in the musical, Bandstand. Elsewhere on the Broadway scene, Boscarino subs in the pits of Book of Mormon and Tootsie.

“I absolutely love my Edwards and it is by far the most versatile horn I have ever played. It has such great response in all the registers and at all dynamic levels, no matter the articulation. It does whatever I need it to do! Congratulations to the folks at Edwards for creating a masterpiece. I am proud to play one.” 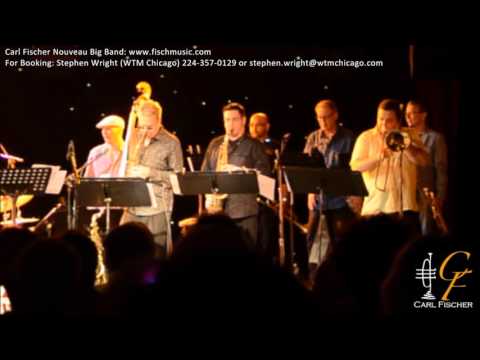