Trombonist Jeremy Wilson is acclaimed for the versatility and lyricism of his playing as well as his insight and commitment as a teacher. Currently Associate Professor of Trombone at Vanderbilt University’s Blair School of Music, Wilson is something of a legend in trombone circles. On his first-ever audition attempt at the age of 25, he won a prestigious position with the Vienna Philharmonic Orchestra and its sister organization, the orchestra of the Vienna State Opera. Just out of college, he honed his performance skills in Vienna as a member of one of the most renowned musical organizations in the world. At the time, he was the orchestras’ only American full-time member, splitting his time between second trombone, first trombone, euphonium, and bass trumpet.

During his tenure in Vienna (2007-2012), Wilson performed hundreds of orchestral concerts at home and in 28 countries around the globe under the batons of the world’s leading conductors, including Daniel Barenboim, Pierre Boulez, Gustavo Dudamel, Valery Gergiev, Mariss Jansons, Lorin Maazel, Zubin Mehta, Riccardo Muti, Seiji Ozawa, Sir Simon Rattle, Christian Thielemann, and Franz Welser-Möst. At the Vienna State Opera, he played over 550 performances of 85 different operas and ballets, including five complete Wagner “Ring” cycles. He had the honor of performing with some of the greatest opera singers of our time, including Renée Fleming, Thomas Hampson, Jonas Kaufmann, and Anna Netrebko, and his artistry is documented on numerous recordings.

A native of Tennessee, Wilson returned to his home state in 2012 to fulfill his long-time passion for teaching and devote more time to his young family. He accepted a full-time teaching position at Vanderbilt University but continued a busy performance schedule as well. During the 2013-14 arts season, he served as guest principal trombonist with the Nashville Symphony Orchestra and subbed with the Chicago Symphony Orchestra. He also has performed on several occasions with the Saito Kinen Orchestra at the special invitation of Maestro Seiji Ozawa.

In addition to his versatility as an orchestral player, Wilson is highly sought as a soloist and chamber musician. The winner of numerous solo competitions, he has been featured in concerto performances and solo recitals in venues across the country. As a chamber artist, he has performed with a range of brass ensembles, including Tri-Star Brass, Maniacal 4, and the award-winning trombone quartet from the University of North Texas, and he is a regular member of the Blair Brass Quintet, composed of Vanderbilt faculty. With his keen affinity for jazz, Wilson also was a member of the University of North Texas’s famed One O’Clock Lab Band, the University of Tennessee’s award-winning ensemble Tennessee Trombonery, and the Knoxville Jazz Orchestra. He recently released his debut album titled Perspectives.

Highly respected as a dedicated teacher and clinician, Wilson has given masterclasses and lectures around the United States. He has been a featured guest artist at the International Trombone Festival, the American Trombone Workshop, and the Trombones de Costa Rica Festival. His students have been finalists for several domestic and international competitions and have participated in many prestigious summer festivals. Wilson currently serves on the Vanderbilt Faculty Senate, is faculty advisor for the Pi Delta chapter of Phi Mu Alpha Sinfonia, and is Music Director and Faculty Advisor of the Commodore Orchestra, a Vanderbilt campus orchestra comprised mainly of non-music majors. He recently received the Blair School’s Faculty Excellence Award.

Wilson started studying music in the sixth grade, becoming a serious student of the trombone in high school. In college, he double-majored in music education and performance at the University of Tennessee, where he was a Presser Scholar, before getting a Master of Music at the University of North Texas, graduating in 2011. His teachers have included Don Hough, Vern Kagarice, Jan Kagarice, Tony Baker, and Tom Lundberg.

Wilson currently resides in Franklin, Tennessee, with his wife Kristi and their three children.

“I have a few important expectations of my instrument: it should sound good, be comfortable to play, and allow me the flexibility to fit into a wide variety of musical situations. My Edwards fulfills all of those expectations. A truly top-quality instrument.” 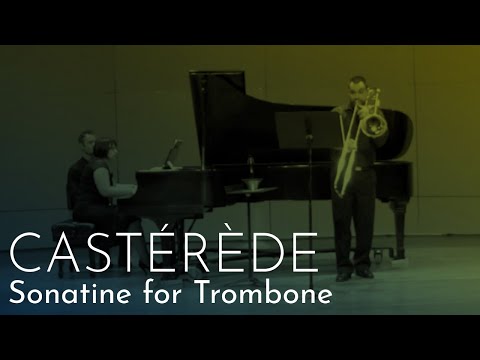