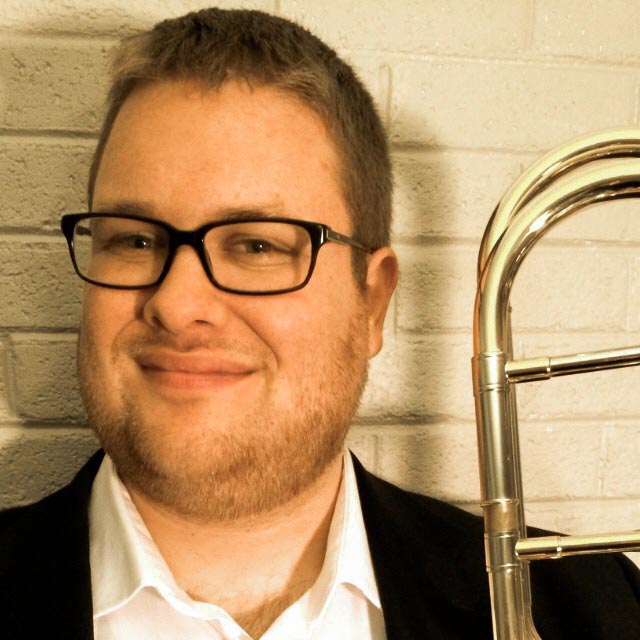 Douglas Rosenthal was appointed Assistant Principal Trombonist of the Kennedy Center Opera House Orchestra/Washington National Opera Orchestra in 2012. Since moving to Washington, he has performed with the Smithsonian Chamber Players, the Post-Classical Ensemble, and the Washington Symphonic Brass. Douglas is also frequently a guest musician with other orchestras, including those of Baltimore, Boston, Buffalo, Chicago, Cincinnati, Cleveland, Florida Grand Opera, Harrisburg, Huntsville, Lyric Opera of Chicago, Music of the Baroque (Chicago), Northwest Indiana, Phoenix, and Utah.

Douglas was born and raised in the suburbs of Chicago, Illinois. He attended public schools in Northbrook and was a member of Midwest Young Artists. Douglas pursued Trombone Performance at Northwestern University, receiving a Bachelor of Music (cum laude) in 2008. He sought further training in the Civic Orchestra of Chicago and the New World Symphony in Miami Beach, Florida. As a student, Douglas participated in several summer music festivals, including Aspen, Roundtop, the National Orchestral Institute, Music Academy of the West, Tanglewood. His primary musical influences include Michael Mulcahy, Peter Ellefson, Charles Vernon, Randall Hawes, Jay Friedman, Joseph Alessi, and Ian Bousfield.

In addition to his pursuits as a performer, Douglas is an activist in his community. He serves on the Executive Board of Directors for the DC Federation of Musicians (Local 161-710) and is a delegate to the Metro Washington Council AFL-CIO. He teaches private music lessons and is a faculty member at Levine Music, a music program for all ages and skill-levels in the DC Metro Area. Douglas also runs a blog called Who’s Your Audience?, which discusses the Classical Music Industry as both an art-form and a business.

Douglas makes his home in Capitol Hill with his pug named Jake, who serves as a constant reminder to relax, eat well, and sleep plentifully.

“On my quest to sound clear, beautiful, and compatible with others, I’ve been able to make considerable strides with my horn. I am very grateful for the achievements that Edwards continues to reach for our art-form.”