Born in Hungary in 1989, Csaba Bencze started to study the euphonium first with Laszló Drága in Bonyhád at the age of 9. Then he studied trombone at the Secondary School of Arts in Pécs as a student of Laszló Barkóczi from 2004-2009. At the age of 16, he won the first prize in the National Low Brass Competition in Budapest.

From 2010 he studied with Otmar Gaiswinkler in Vienna University and received a Bachelor of Music degree as a student of Péter István Farkas at the University of Pécs in Hungary. During this period, he was the Principal Trombonist of the Pannon Philharmonic Orchestra and also performed with the Budapest Festival Orchestra and many others.

After several prizes, he got the Hungarian Young Talents Award (Junior Prima Award) in 2013.

Csaba made his debut as a soloist, performing the Hungarian premiere of Bourgeois’ Trombone Concerto with the Pannon Philharmonic Orchestra. He also played recitals in South Korea, Italy, Portugal, Germany, Austria, and more.

Since 2015, Csaba is the Principal Trombonist of the Hungarian State Operahouse Budapest. Csaba performs on Edwards trombones. 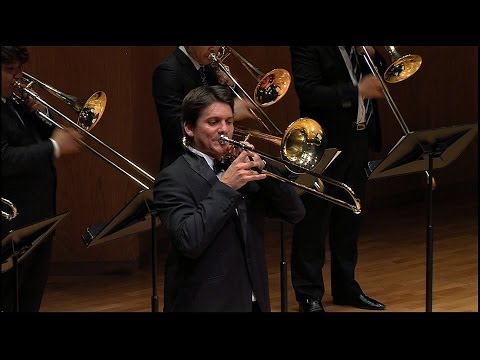