Cristian Grau Navarro was born in Valencia, Spain in 1998. His musical studies began in Yátova with Ernesto Perelló. Later, he extended his formation in the San Rafael Professional Conservatory of Music in Buñol, obtaining the higher grades with Bernardo Fabra. He continued his musical studies in the Joaquín Rodrigo Advanced Music Conservatory in Valencia, in the Interpretation branch with J.J Oriola and different Pedagogy courses.

As a soloist, Cristian released The Seven Trombones of the Apocalypse for Trombone and Symphonic Band by Santi Miguel with the SM Santa Cecilia de Chera. He also played with the San Rafael Professional Conservatory of Music in Buñol Band.

Cristian has collaborated with important groups such as:

“Edwards Instruments provide great versatility and a unique and incomparable sound. I believe that they can be considered the best trombones on the market. They are very complete.” 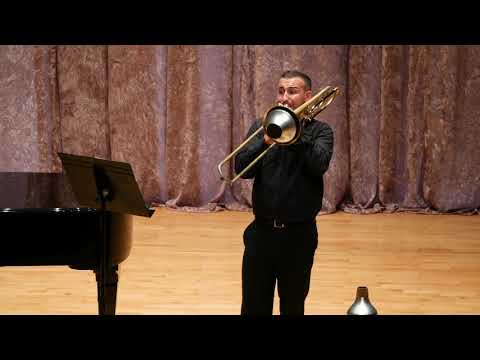