From the very beginning, the T396-A trombone was conceived and crafted to meet and exceed the demands of professional trombonists throughout the world. To not only excel from the orchestra’s back row but to be versatile enough to transition from section to solo. From world-famous symphony stage to intimate recital hall. An instrument with the ability to span every aspect of trombone performance. Designed, tested, and proven with orchestral players from St. Louis, Washington DC, and, of course, New York. The T396 is an instrument meant to crown the low brass section while still blending with the orchestra. At the same time, it must be able to perform center stage as a solo instrument. An important balance often overlooked in trombone design and manufacture.

At the time of its introduction, the T396-A tenor became an industry leader for design innovation and performance. Revolutionary approaches to bracing systems, materials, and manufacturing techniques resulted in a trombone unlike anything else on the market. That forward-thinking approach and constant drive for advancement has led to the new, reimagined T396-AR tenor trombone.

As the latest evolution of the T396, the T396-AR is the result of years of in house development and on stage, performance-driven testing. Every millimeter of the instrument was evaluated to achieve matchless performance. From the end crook to tuning slide, bell flare to rotor body, no element of the original design was considered sacred. The end result is a trombone design built on the foundation laid by the T396-A of the past, optimized for the next generation of great trombonists.

We did our homework when developing the new, Edwards exclusive, AR-1 Artist Rotor. Seeking a balance between a responsive, free-blowing feel and wonderful, large bore tenor sound we tested countless rotor configurations and designs on the market. It wasn’t long until we realized what we wanted for the new T396 did not yet exist. The only option left was to develop our own rotor design. One that outperforms every other “conventional” rotor available in every way. All while feeling as if there is no rotor there at all.

“They don’t make them like they used to” is a cliché we are all familiar with. Sometimes the new way is to speed production and cut costs. And sometimes it is out of necessity because of generational knowledge loss. Over time, the new way becomes standard and accepted as just the way it is done. This is the case with many modern-day brass instruments… especially the tubing. In the past, every non-machined part of an instrument was formed out of sheet stock. A labor-intensive, time-consuming, and costly technique requiring a higher skill level than many possessed. Today, the industry standard is to form all tubing from a larger, thicker raw stock tubing. Why? It’s quicker, cheaper, and requires much less training to do well. While it is consistent, the question we wanted answered was “Is it better?”. We set out to test this by making a tuning slide crook that was hand formed and shaped entirely out of sheet stock. The learning curve was steep with a lot of variables to iron out, but the end result is a tuning slide that is more responsive, colorful, and tonally complex.

Perhaps the single most important design element of the original T396 was the introduction of the patented (US Pat No 8,247,675) Harmonic Pillar System. For the first time, musicians were presented with a fixed instrument that could be “acoustically tuned” to meet their specific playing style, setting, and needs. Pivotal to this system was the Edwards exclusive Harmonic Bridge brace. Much more than just a place to put the Harmonic Pillars, the Harmonic Bridge is critical to the entire bell section bracing system. The new, scalloped version has been strategically lightened to reduce the central bell section weight, thus dramatically improving energy transference within the trombone.

Sometimes in life, we all need a little mystery. Among the advancements to the T396 design are a few proprietary improvements we’ve decided to keep to ourselves. And while we aren’t going to spotlight them, you will undoubtedly pick up on just that little something extra when you try the T396-AR for yourself. They make up that last 1% of greatness that can’t be explained on a spec sheet. That little sprinkle of something special that can’t be measured or quantified or, most importantly, copied. It’s our secret sauce or secret formula kept under lock and key. You can’t really blame us, everybody likes to have a secret or two. 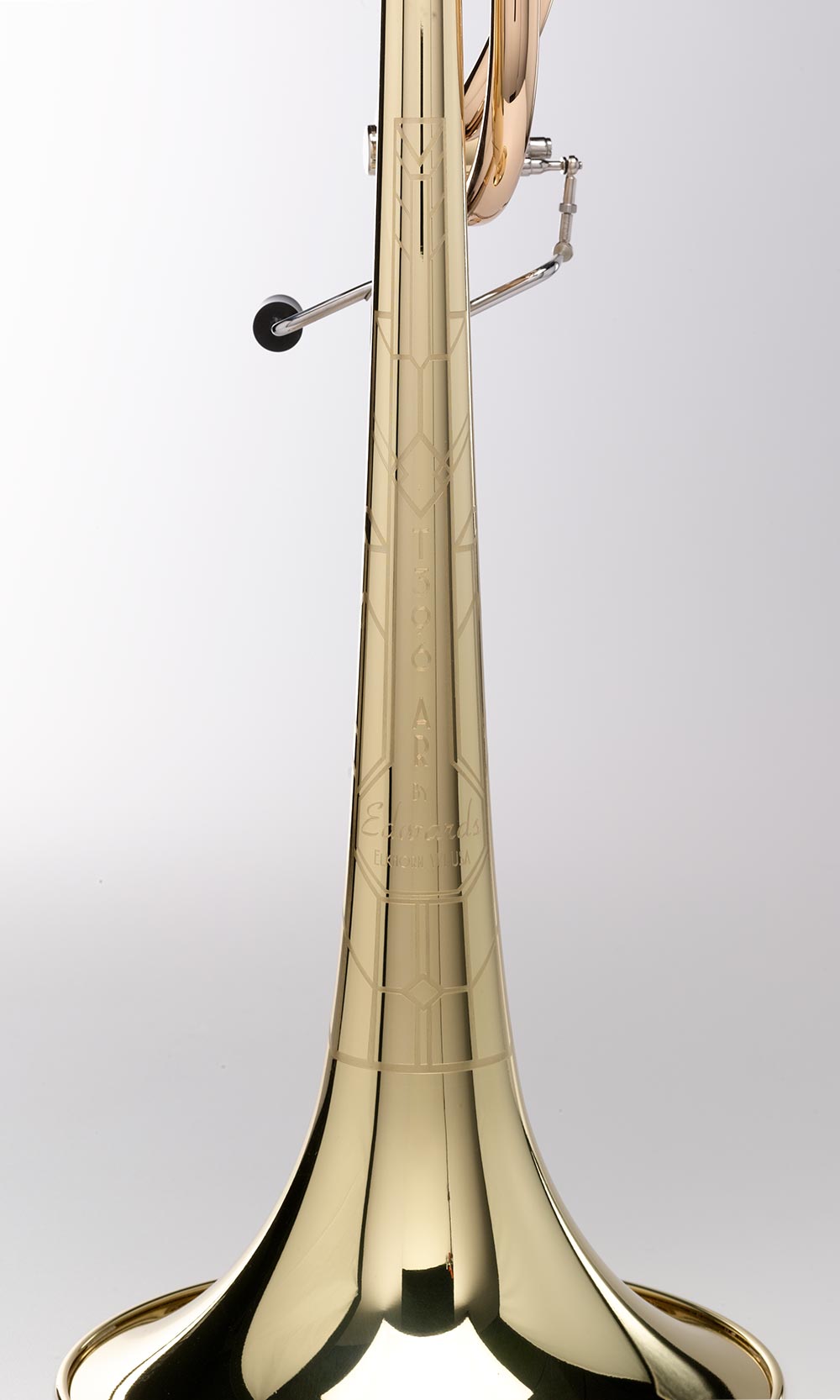 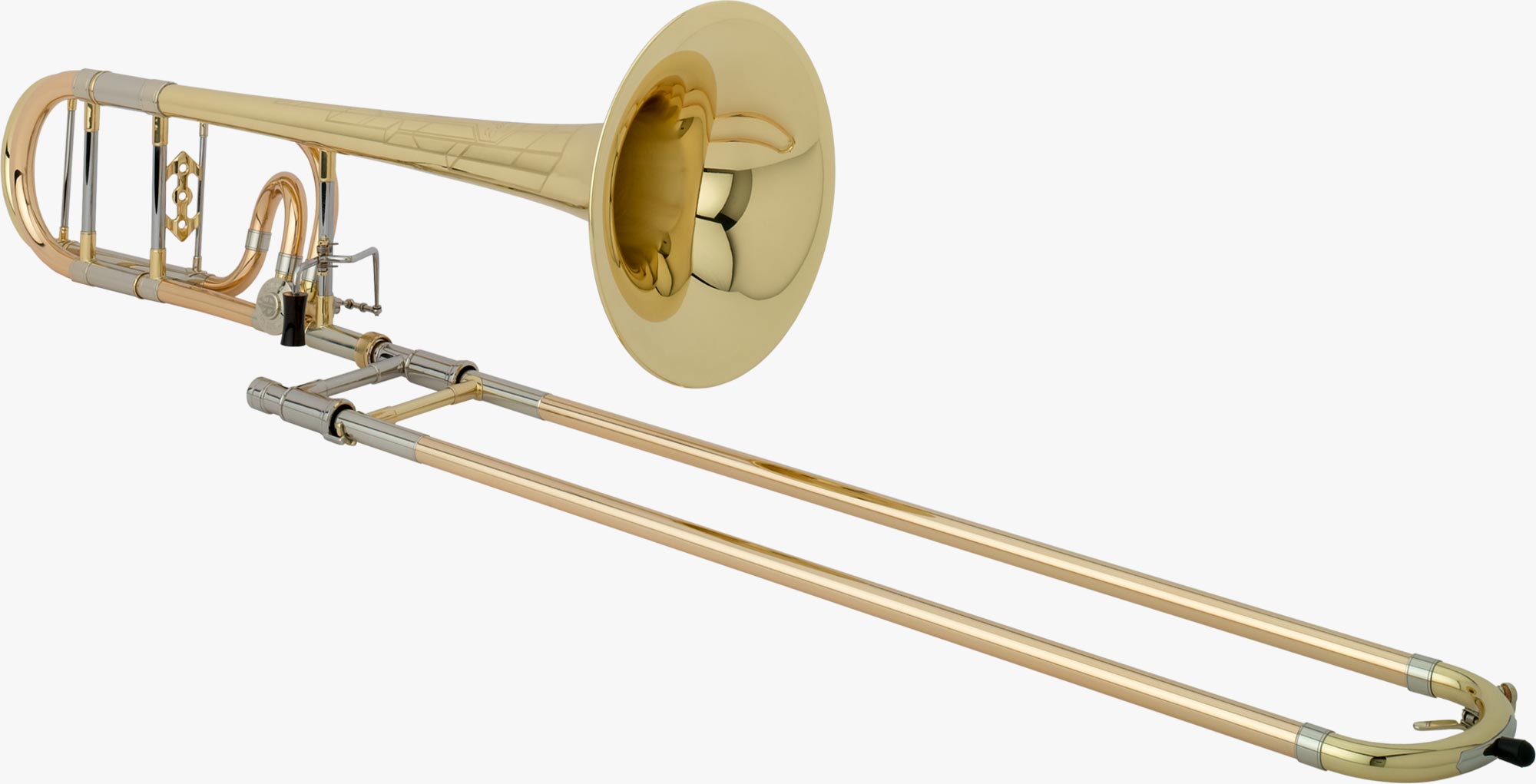 Every bell is spun by one craftsman who has learned from previous generations of bell spinners. Two-piece in construction, this proprietary bell underwent stringent testing in the New York Philharmonic, the St. Louis Symphony, and other orchestras worldwide to bring a proper representation to the marketplace.

Each slide is built to match inner to outer slide. No stress within the build ensures consistent resonant and easy blow.

Every brand claims this, we deliver.

Within the build we carefully match the blend of metals to make sure every instrument is tonally balanced to the individual. The highest quality of material is sourced and tested to ensure what you purchase is representative of what is "professional".

The AR-1 valve is an integral part of the T396-AR design. Manufactured entirely in Elkhorn, WI, the AR-1 responds quickly and helps produce a wonderful large bore tenor sound.

Quick to develop without exploding, we work to make every note develop as quickly as possible into a resonant event that people will notice.

“The Edwards T396-AR is absolutely remarkable, both in a large philharmonic orchestra and in chamber music or simply in duet with a flute or a violin. This instrument is definitely the most versatile trombone I know.” 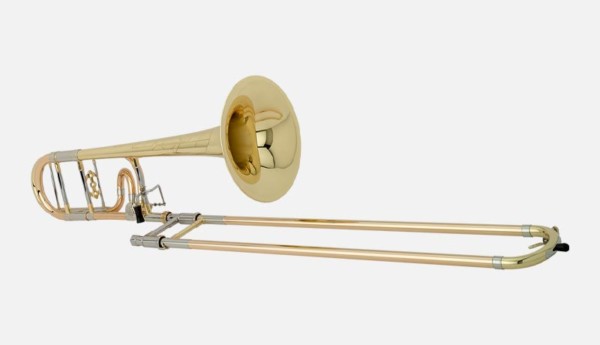 Learn How to Properly Oil Your AR-1 Rotor