Edwards exhibits at a lot of shows throughout the year. You’ll find us at all of the big trombone and trumpet festivals, plenty of state MEA’s, and various smaller events. But the one show that leaves us exhausted year after year is TMEA. For those of you outside Texas, the Texas Music Educators Association Convention is held in San Antonio every February. 30,000+ people attend, and at times, it feels like most of that number is in our booth.

While it is an exhausting show, it is very fulfilling. This year was no exception. It started with setting up the booth on Wednesday afternoon. With custom instruments, that’s not a quick and easy task. It takes a while to bring out dozens of instruments, bells, tuning slides, slides, leadpipes, and cases. Fortunately, Christan staffed the booth with quite a few members of the Edwards family:

The Edwards House Texas team of Ben Osborne, Jared Lantzy, and Gram Lee did most of the work getting the booth ready. Paul Tynan flew in from Nova Scotia, Canada to work with trumpet customers. Amelia Rosenberger, our resident wellness expert, did a great job helping run the Griego Mouthpieces stock. She also gave us solid advice on how to recover from standing on a concrete floor for 8+ hours every day. Dustin Nguyen was always cleaning up leadpipes and bells. We’ve never been so organized thanks to him. Paul Compton and I have been working the booth for close to two decades. Finally, Christan and Zac Thornton from the mothership ensured everything ran smoothly. 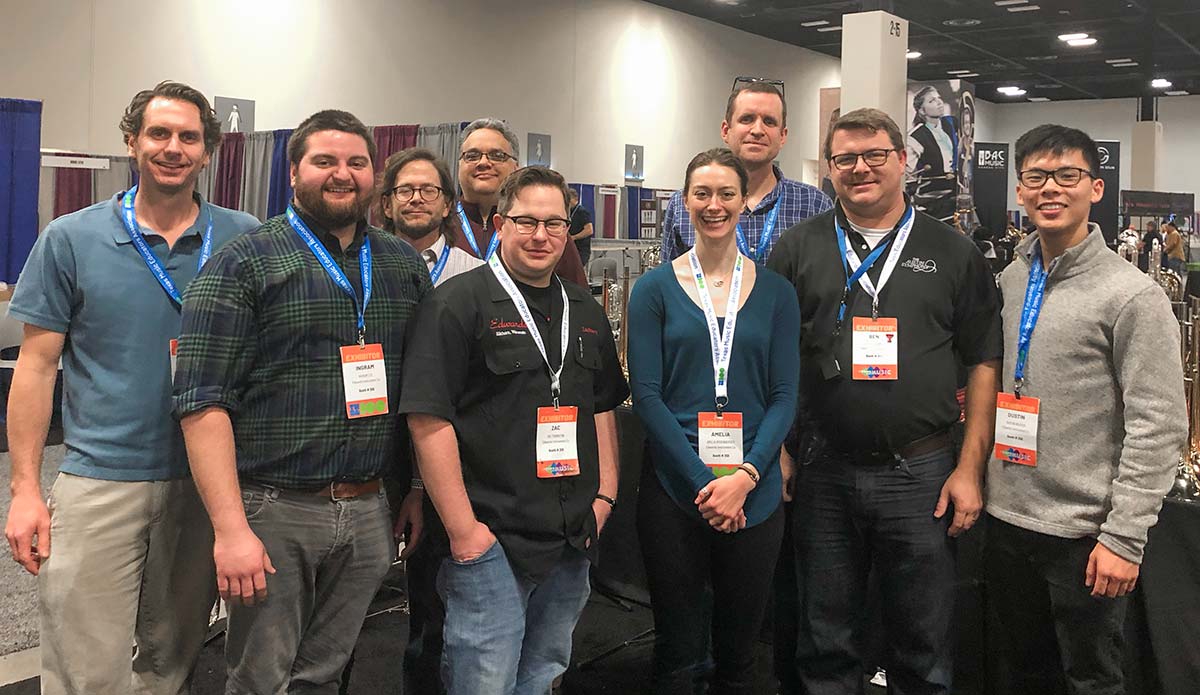 After the booth build, a number of the crew attended the opening jazz concert. Marshall Gilkes performed with the Texas A&M Kingsville’s Jazz Band I. Marshall is an amazing jazz trombonist and arranger — his charts and solos were stellar. The Kingsville band sounded great, too. After Kingsville and Marshall, the Airmen of Note performed an incredible concert. We went out with Marshall and some of the guys in the Note afterward. It was a late night, but worth it to listen to music and hang with great friends.

The show started for us at 9 am the next morning. Generally, the first hour of the show can be a little slow… which we don’t mind. But the next 19 hours over three days are nonstop motion. We always have a steady stream of old friends stop by to say hi or tweak their equipment. We also meet a number of new customers that may feel a little overwhelmed at what’s going on in our booth. For those people, here’s some advice:

First, read this: What to Expect in the Edwards Booth

Next, understand that everyone that works our shows is a musician. We’re not salespeople. Sure, we want you to play our horns, but we want you to because we’ve fit the perfect instrument for you.

Don’t be shocked when we tell you to try all the other manufacturers’ horns in the room. We want you to compare our instruments to everyone else’s.

If you purchase a horn, you can pick it up before the end of the show.

It gets loud. Here’s a small taste.

No, we can’t take trade-ins.

Finally, we’re extremely happy when you buy our horns and become a member of the Edwards family. It’s not about money. It’s about playing the best trombones and trumpets on the market. I’ve felt that way since I joined the family in 1992.

What to Expect in the Edwards Booth 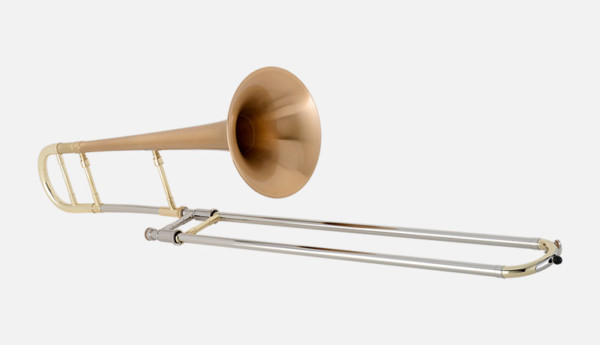 Where Can You Get an Edwards?