David Taylor recently performed his new Concertino 4x’s at Bargemusic’s Here And Now Festival in New York. In a Facebook post, Dave said that he was shocked that the reviews were mostly about his composition, but that it was more surprising that the New York Times ran a photo of him to promote the festival. 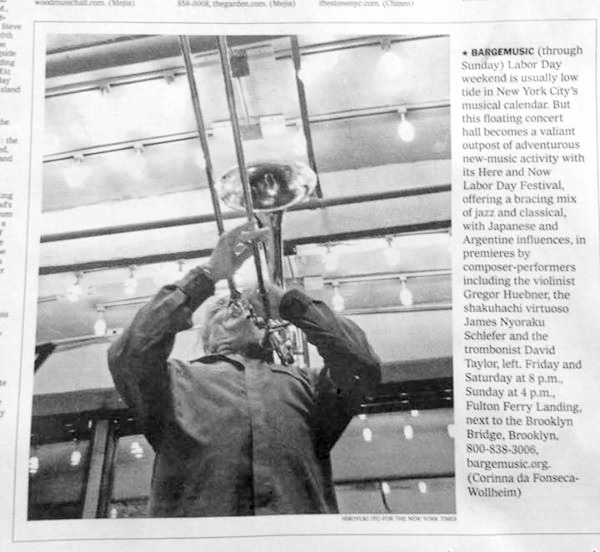 On the musicians side, there was bass trombonist David Taylor’s Concertino No. 2, with Taylor accompanied by pianist Ron Stabinsky, bassist Matthew “Moppa” Elliot, and percussionist Kevin Shea. The form was classical, with four recognizably standard movements. The style was not, though it was a fascinating hybrid of older jazz ideas heard through a prism of modernism, a more successful version of Stan Kenton’s experiments in modern composition. There were serendipities, like a fractured tribute to Tommy Dorsey and a ballad in the form of a waltz, and Taylor played with a strong, beautiful sound.

One would hardly know from David Taylor’s informal, talkative, delightfully informal persona that he is one of the most accomplished and eclectic musicians in the world. Specifically the trombone, and more specifically because he has worked with composers like Hovbhaness, Wuorinen, Perle, as well as Yo-Yo, Streisand, Gil Evans, Charles Mingus and… well, everybody else in the classical and jazz world.

Listening to his four-movement Concertino for Bass Trombone, Piano, Contrabass and Percussion was like listening to Ursula Oppens on piano. It was a master at work. The slightly jazzy but beautifully laid-out chamber work did go on a bit, but Mr. Taylor didn’t need any avant-garde techniques to make his point. It was big-band-style trombone style with a minimal chamber-group to support him.

Dave continues to push the musical envelope. As brass musicians, we love what he brings to his performances. It’s nice to see when others recognize what an incredible talent he is, as well. 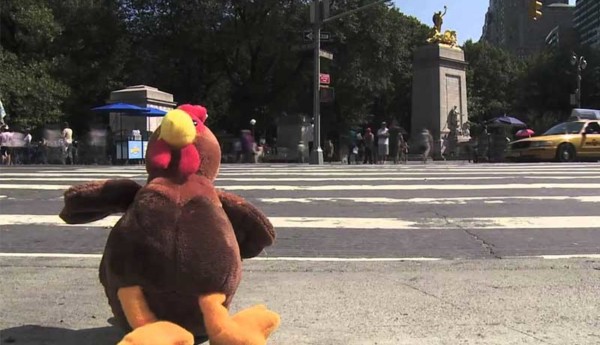 Dave Taylor in a Fowl Performance