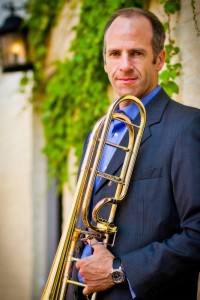 Chances are, if you’ve been to see a performance of the National Symphony Orchestra in the last eight years, you’ve had the pleasure of hearing Craig Mulcahy lead the trombone section. Mulcahy has been a member of the NSO since 2005 and its principal trombonist since 2010. He has brought his very own richness, color, and distinctive sound to the orchestra.

As the artist featured for the month of May, Mulcahy sat down with Edwards Instruments for an interview to meet the man behind the trombone.

We first spent some time talking about his job with the National Symphony. One of the country’s most prestigious orchestras, it was founded in 1931 and performs at the John F. Kennedy Center for the Performing Arts located in Washington, D.C. Since its founding, the orchestra has had seven conductors. A unique aspect about Mulcahy’s time with the NSO is that he’s worked under four of those seven conductors, and in his words, “they couldn’t have been more different.” One of the main things he has learned in working for a variety of conductors is how important it is to be flexible in order to do the job well.

“You need to remember how to be the team player in all of this [changing conductors]. Although there may be times when you are the soloist, you’re still under the direction of the conductor, and it’s your job to make good musical decisions. The different conductors all have varying degrees of input about how you play solo passages. For instance, in a performance of Mahler 3, there are a lot of nuances (that every principal trombonist works on) that I wanted to bring to the performance, but the conductor wouldn’t take many of them. I ended up having to be flexible and adjust by following the conductor rather than trying to lead from the back of the orchestra. I think flexibility like this, on an artistic and not just technical level, is critical to being successful in the principal chair.”

Mulcahy went on to discuss his appreciation for the new director of National Symphony, Christoph Eschenbach:

“He will let the performers do whatever they want (within reason). He gives musicians absolute freedom in their solos and expressive lines, and makes you feel like you’re more of a valuable part of the orchestra.”

Mulcahy mentioned how much he appreciates Eschenbach’s unique take on standards of the orchestral repertoire, particularly on a recent tour to South America.

“He gives us a new, fresh personality which is taking the orchestra in an exciting direction, especially on real war horses of the repertoire, like Tchaikovsky’s Fifth Symphony. It had only been two years since the last time the NSO performed the piece when Eschenbach conducted it on tour to South America, and it was really just a completely different piece. I’ve been playing that piece for a long time and those were the most exciting performances; it felt brand new.”

Along with being the principal trombonist of the NSO, Mulcahy maintains a demanding schedule as a husband, father, and adjunct professor of trombone at Catholic University of America, George Mason University, and the University of Maryland. At Maryland, Mulcahy teaches alongside National Symphony colleagues Matthew Guilford, bass trombone, and Barry Hearn, assistant principal. We asked him what it was like to manage such a schedule:

“It’s busy, but rewarding. Matt, Barry, and I are building a tremendous trombone studio at UMD that we’re very proud of. Our students have been competitive and successful in a number of international auditions and competitions. At home I enjoy the challenge of finding a balance between spending time with my family and trombone. It’s not always easy, but I can usually get done what I need to get done. Sometimes, my daughter requests to come downstairs to watch me practice. That’s usually followed up by a request to play my trombone, which she loves to do.”

After talking awhile about Mulcahy’s schedule, we spent some time discussing about what sort of hobbies he enjoys, whenever there is a bit of free time. Besides posting slide-cam duets of Bordogni etudes or videos of his sister Holly (a professional violinist) playing trombone excerpts, he also enjoys hiking and working on his 1968 Toyota Land Cruiser. As a native of Colorado, it’s no surprise that Mulcahy is an avid hiking enthusiast.

“I absolutely love hiking. In the summer, I frequently play with the Grand Teton Music Festival in Jackson Hole, Wyoming, and when I’m not playing, I’m hiking. Being from Colorado originally, I need to get my mountain fix, and Jackson Hole is perfect for that.”

Finally, we ended our interview talking about his trombone and a little about his relationship with his former teacher, Joseph Alessi. Mulcahy is currently playing the Edwards T396-A, which was designed for the New York Philharmonic Principal Trombonist.

“I played on an Edwards for the first time while I was attending the University of Northern Colorado. It was during a trip to the Eastern Trombone Workshop in ‘93 when I played one at their exhibit. I bought one the following year. Before that, I played on a Conn 88H that had a nice sound, but didn’t hold together well at high volumes. During my first three years as an Edwards Artist, I’ve been fortunate enough to perform recitals and give master classes at numerous schools and festivals, including being the featured artist at the 2011 Beijing International Trombone Festival.”

On Mulcahy’s website, www.craigmulcahy.com, you can read about how studying with Joseph Alessi at Juilliard has catapulted his career into the direction it has taken now. During our interview, Mulcahy took some time to talk about his teacher.

“Studying with Joe at Juilliard was great because he would hold everyone to the highest standard. This is kind of easy to say, because every teacher has this in mind, but Joe simply wouldn’t accept anything less than the best effort from his students. He always had a good way of knowing not only what you were capable of, but also how focused and motivated you were. If you slacked off, he knew right away (and frankly, sometimes that was the case with me). There was an intensity to his teaching that brought out my best. He lit a fire under my rear and motivated me like none other. These days, I only see Joe every once in a while, usually when the New York Philharmonic comes to Washington to perform at the Kennedy Center, or when the NSO travels to New York to play at Carnegie Hall. I value the time we get to spend together, talking about anything, trombone-related or not.

“When I think about my time at Juilliard, one of the most important things that I got from Alessi was a sense of awareness on the trombone; about how to analyze how things were sounding in a more real-time environment. It allowed me to become my own teacher, which is something that I encourage with all of my students. At some point they have to ‘leave the nest’ and develop their own sense of awareness. I think it’s important that they don’t wait until somebody has to tell them they’re flat or sharp, or if an articulation is fuzzy, but that they develop the ability to actually hear it for themselves.” 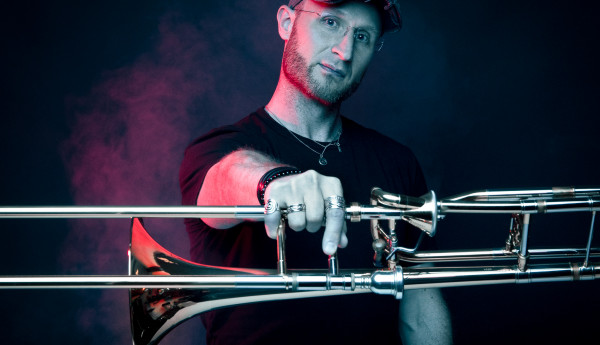 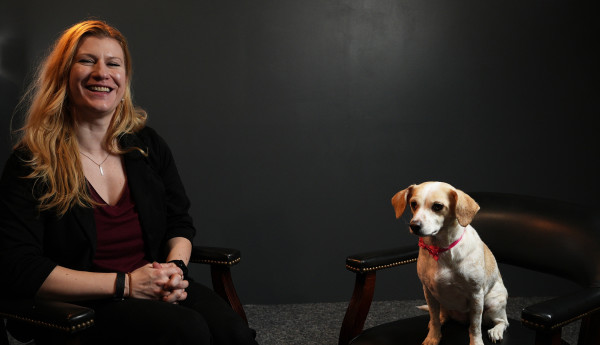 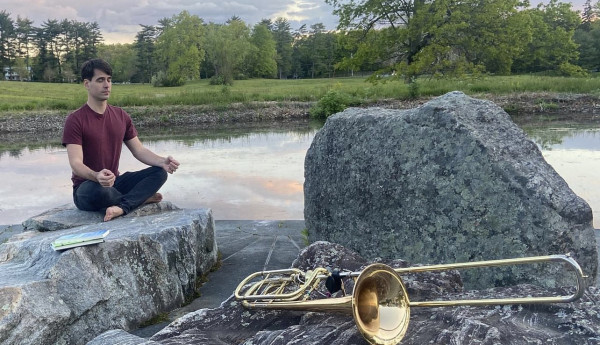