It is fitting that Phil Wilson should dedicate his life to education. Careers in education are a family tradition. His grandfather was the first headmaster of the Belmont Hill School in Belmont, Massachusetts, and his father taught at both Belmont Hill School and Phillips Exeter Academy in New Hampshire. Wilson began playing piano at age 5 and was writing arrangements by age 9. After graduating from Phillips Exeter Academy, he studied at the New England Conservatory. He left to go on the road with the Dorsey Brothers Band, playing trombone and later piano. When he was drafted in 1960, Wilson soon became soloist and arranger for the North American Air Defense Command (NORAD) band and studied at the Navy School of Music. Soon after his discharge, he became lead trombone player in Woody Herman’s now-famous 1960’s band lineup, playing on and contributing arrangements to nine Woody Herman albums.

Wilson joined the Berklee College of Music faculty in September 1965 and has been an active part of the evolution of Berklee into an internationally acclaimed institution. As part of Berklee’s Trombone Department (which he chaired until 1974) and Brass Department (of which he is Professor), Wilson has been among the key faculty members who developed new approaches to brass technique. He has also made significant contributions to the arranging curriculum. Wilson also has directed clinics at Frankfurt Conservatory, Harvard University, Kansas State University, Mellon Arts Center, Sidney Conservatorium, University of California, and Yale University. He is the former chair of the jazz division at Boston’s New England Conservatory of Music and a former member of the Board of Directors of the International Trombone Association.

Few have played as active a role in Berklee’s evolution into the internationally acclaimed institution it is today as Phil Wilson. Before joining the faculty in September 1965, Wilson had already made a name for himself as a cutting-edge trombonist and big band arranger, recording with Woody Herman, Sarah Vaughan, and Clark Terry, and performing with, among others, Louis Armstrong, Tony Bennett, and the Dorsey Brothers. The busy Berklee teacher became a principal arranger for Buddy Rich, garnering a GRAMMY® nomination for “Mercy, Mercy, Mercy,” the last Top 40 big band hit, and wrote what remain saxophonist Illinois Jacquet’s most popular big band arrangements. As a trombonist, Wilson performed with such artists as Lionel Hampton, Joe Henderson, Frank Sinatra, Herbie Hancock, and Thad Jones.

During Wilson’s first year at Berklee, he formed an after-hours student band that emerged as one of the college’s most prestigious classroom ensembles — and one of its leading ambassadors. In 1967, the band presented its first end-of-semester concert, a custom that continues 37 years later, and in 1968 made the first of over ten appearances at Berklee’s Annual High School Jazz Festival. By the early ’70s, Wilson’s Thursday Night Dues Band had earned a reputation as one of the country’s top college jazz bands, and began making high profile appearances at the Boston Globe Jazz Festival, at Boston Sackbut Week, and at Symphony Hall with the BSO. In 1973, to reflect the band’s composition, they became the International Dues Band.

By the early ’80s, the band was performing on national television and at jazz festivals. In 1985, as the number of international students grew, Wilson changed its name again, and the Berklee Rainbow Band embarked on a six-week Latin American and Caribbean tour for the United States Information Service.

In recent years, the band has been invited to the Juan-les-Pins Jazz Festival in the south of France, the San Jose Jazz Festival, the International Association for Jazz Education, the Tri-C JazzFest in Cleveland, “Autumn Eve – a Tribute to Woody Herman” at the Hollywood Bowl, and with the Jazz Ambassadors of the U.S. Army Field Band. This summer, the Rainbow Band All-Stars will perform for the third time at “Vineyard Vibes” on Martha’s Vineyard.

Wilson continues to make worldwide appearances as a trombonist soloist. At Berklee, he has developed new approaches to brass technique and has also made significant contributions to the arranging curriculum. Wilson, who has presented clinics at universities on five continents, is the former chair of the Afro-American Department at the New England Conservatory of Music. He chaired Berklee’s Trombone Department until 1974 and is a member of the Board of Directors of the International Trombone Association.

“I am very happy to finally find a horn that gets the sound and response I need. The great people at Edwards have provided me that horn. I am truly grateful.”

Phil in the News 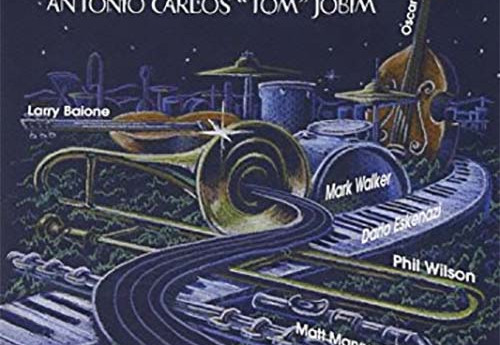