In addition to his teaching duties, Dugan is an active freelance artist in the Upper Midwest. Recent engagements include the Milwaukee Symphony, Minnesota Orchestra, Saint Paul Chamber Orchestra, as well as many fine regional orchestras throughout Wisconsin and Iowa. He is also a member of the critically acclaimed Isthmus Brass. Other recent performances include the San Francisco Ballet Orchestra, the Intergalactic Contemporary Ensemble, Thunder Bay (Ontario) Symphony, Elvis Costello, Audra McDonald, Doc Severinsen, Johnny Mathis, Irish Tenors, and The Four Tops in various capacities. During the summer of 2010, Dugan was a faculty member at the 2010 International Trombone Festival at the University of Texas at Austin.

“Simply the best instrument I have ever owned!”

Mike in the News 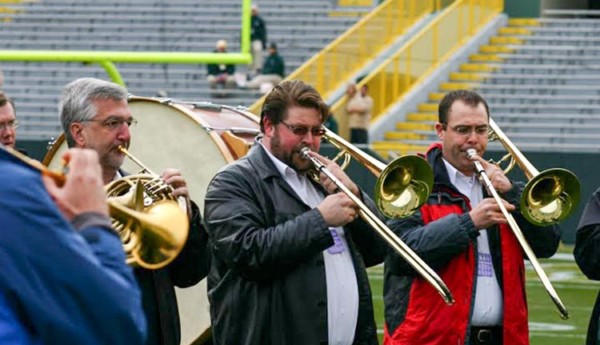