Graham Ashton was born in London and trained at the Royal Academy of Music. Now a US citizen, he has been Professor of Trumpet and Chair of Brass at Purchase College, State University of New York since 1999. As a soloist, he has appeared with orchestras around the world including the BBC Symphony with Sir Andrew Davies and London Philharmonic with Sir George Solti, as well as English Chamber Orchestra, Australian Chamber Orchestra, National Symphony in Johannesburg, New York Virtuosi and Orchestra of Our Time. During the past twenty-five years, Mr. Ashton has also given over 200 masterclasses and recitals in 21 countries. He has made eight acclaimed solo recordings for Virgin Classics, Nimbus, IMP Classics, Koch and Claves with the English Chamber, English Symphony and Irish Chamber Orchestras, and recorded Bach’s 2nd Brandenburg Concerto for Virgin Classics with the London Chamber Orchestra and Scottish Ensemble.

Of his BBC award-winning CD The Contemporary Trumpet‘ (Virgin Classics), The Gramophone wrote: “Graham Ashton shows himself to be an acutely thoughtful musician: virtuosity is never regarded as an end in itself, the sound never brazen and he conveys an unswerving clarity of vision which should be admired beyond the confines of the brass world.”

Recognized universally for his commitment to brass chamber music, Mr. Ashton was a member of the Philip Jones Brass Ensemble from 1981-84 with whom he made 5 records and performed throughout Europe, USA, Israel, and Japan. He formed his own group, the Graham Ashton Brass Ensemble (GABE) in London in 1989, and reformed the ensemble with virtuoso brass players from New York City when he relocated to New York in 1999. Acclaimed as one of the world’s most innovative ensembles of its kind, GABE gave concerts throughout Europe, USA, Scandinavia, and Australia. They had performances broadcast by the BBC in London, WNYC in New York and ABC in Sydney, and recorded five CDs for EMI Virgin, Sony, Signum, and Chandos. Their surround-sound recording for Sony-Sonoma was nominated to the final five in the 2005 Grammy Awards. Mr. Ashton is now a member of New York Chamber Brass, an ensemble committed to performances of original and mostly contemporary music for brass. Since 2009, NYCB has commissioned eight new works for brass and premiered Sir Peter Maxwell Davies’ Brass Quintet at Manhattan’s Merkin Hall in 2010.

As a composer and arranger, Mr. Ashton has written music for film, theatre, and the concert platform. He has received commissions from a number of agencies, most recently from SONY Records, the Australian Embassy, SUNT Fredonia, Signum Records and the US Army Westpoint Academy. His music is published exclusively by Editions BIM in Switzerland.

In addition to his performing, teaching and composing commitments, Mr. Ashton has designed a range of trumpet and cornet mouthpieces made and distributed by Griego Mouthpieces.

“If you are looking for a C trumpet that has a clear, round sound with incredible intonation, then have Edwards make you a copy of the horn Christan made for me: Generation II C with a reverse Bb leadpipe. No more cross fingerings for Db, D, Eb, or E and the top C and D slots right in. I’ve now used it in a range of repertoire from Berio’s Sequenza X to Poulenc’s Trio to first trumpet in Strauss’ Alpine Symphony. I also played it on the latest Graham Ashton Brass Ensemble CD for Signum Records (London). It really is a sensational horn. Go try it!”

Graham in the News 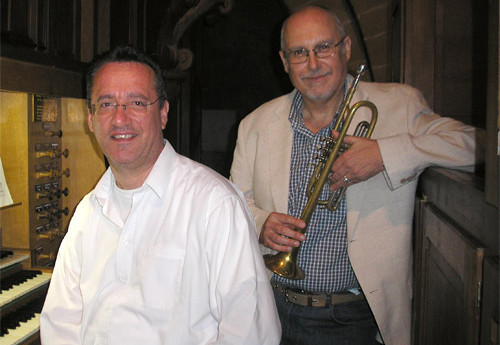 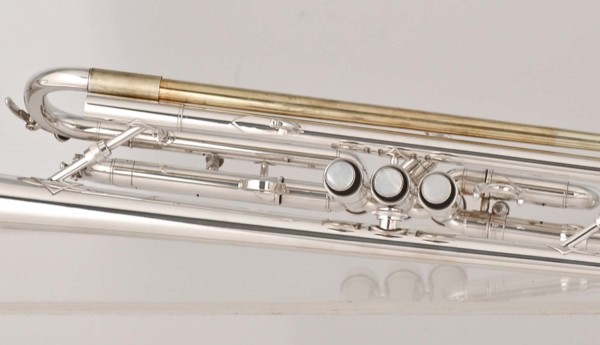