Now in his 19th season as Bass Trombonist with the St. Louis Symphony, Mr. Pagano is originally from Athens, Georgia. He received a BM and MM from the Juilliard School in 1987 and was a member of the San Francisco Ballet Orchestra for eight seasons. He has performed with numerous orchestras, including the San Francisco Symphony, the Metropolitan Opera of New York, the San Francisco Opera, the Tanglewood Fellowship Orchestra, and the Grand Teton Music Festival Orchestra. 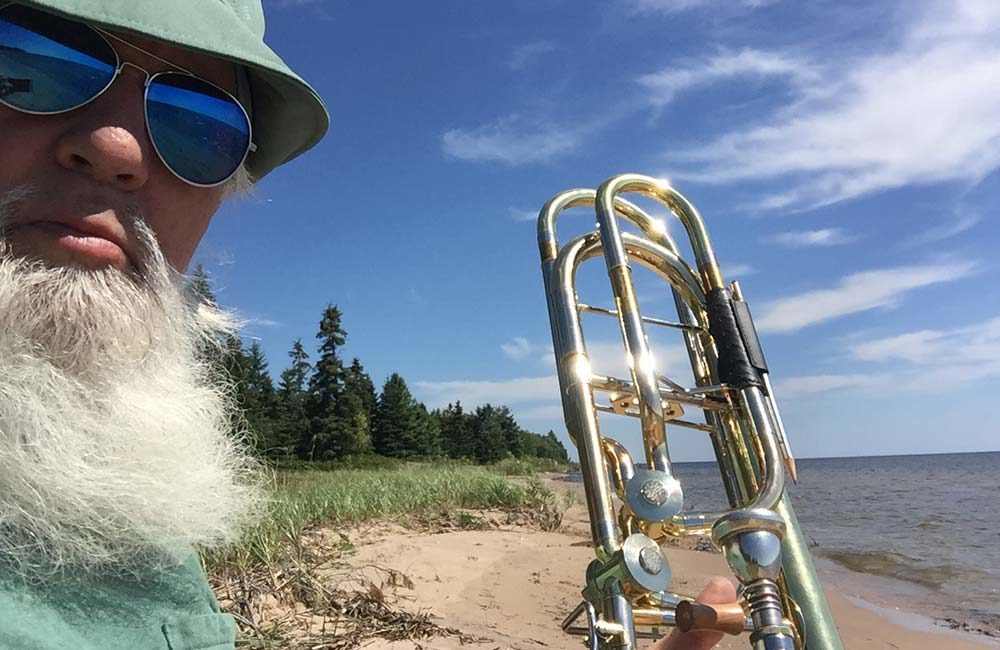 Gerry Pagano practicing his B502-D at the lake

In 2008 he released his first solo CD, Departure, followed in October of 2011 by Connections, a recording featuring a new bass trombone solo written for Mr. Pagano by James Stephenson, entitled The Arch. He is a member of the Trombones of the St. Louis Symphony, a chamber ensemble performing concerts and master classes in the Midwest region. The quartet has also released 4.1 and Fleur de Lis. Gerry is also a founding member of the St. Louis Low Brass Collective, a non-profit organization designed to support and promote education and performance for St. Louis area low brass musicians. The LBC brings top national artists to St. Louis for masterclasses, commissions new compositions and arrangements, and hosts an annual Gala concert.

He has taught low brass at the University of Missouri-St. Louis for eight years and has taught several summers at Interlochen Arts Camp.

He is an Edwards artist and has been working with Christian Griego on the development of the B502-D.

“I’ve been playing Edwards for a long time. I won my job in St. Louis on an Edwards in 1995! Lately, I’ve been working with Christan on the B502. In it, he has created a wonderful instrument. I prefer dependent valves, which I know puts me in the minority. I just like the response, and I’ll sacrifice a few options in favor of the straight pipe.

“With this horn, I’ve never been happier. It is centered, consistent through out all registers, and does it respond! The sound is clear – not spread out and foggy. The B502-D sounds and feels like a trombone, not a slide tuba. The valves are extremely fast, and I never have to do anything, they just work! Paired with a good mouthpiece (see Griego Mouthpieces!), it just allows me to hear the music, and the horn is not in the way. And I happen to think its a beautiful horn as well. Smooth lines, well balanced, fits well in my hand, no extra support with some “rest bar” or other contraption. Just me, my horn, and some tunes! I will be playing this one for a long time… or until Christan makes another one that’s even better!” 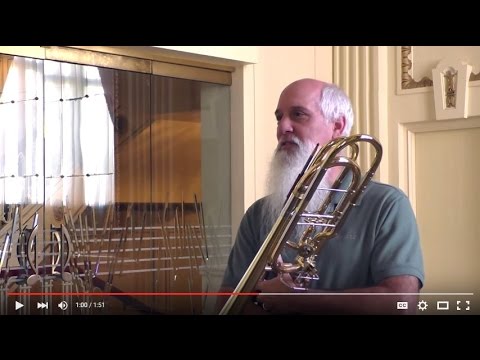 Gerry in the News 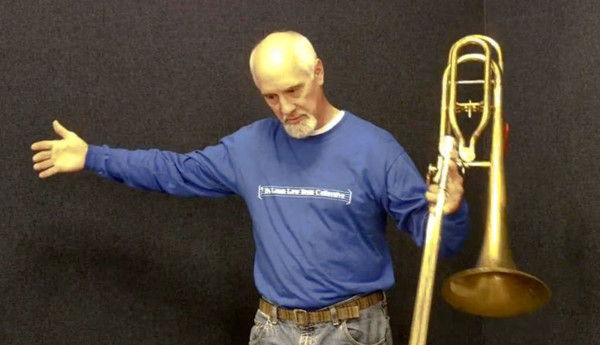 Pagano Talks About the B502-D