Erik Shinn was appointed Adjunct Lecturer of Trombone at the University of Florida in the fall of 2015. An active trombonist in the southeast United States, Erik has worked with middle school, high school, and university students across the region and has performed as a soloist, chamber musician, conductor, and with orchestras throughout North and Central Florida. Erik’s research interests are centered on trombone literature; his treatise is titled An Annotated Bibliography of Works for Solo Bass Trombone and Wind Band.

Erik holds bass trombone positions with The Gainesville Orchestra and the Ocala Symphony Orchestra and regularly performs as a substitute musician with other orchestras throughout the Florida panhandle. He has also played with the Texas Festival Orchestra at the Round Top Festival-Institute (Round Top, TX) and the Taneycomo Festival Orchestra (Brandon, MO). As a chamber musician, Erik performs with the University of Florida Faculty Brass Quintet and was a founding member of the Seminole Trombone Quartet, which was named 1st Alternate in the International Trombone Association’s Trombone Quartet Competition during their 2014-15 season. 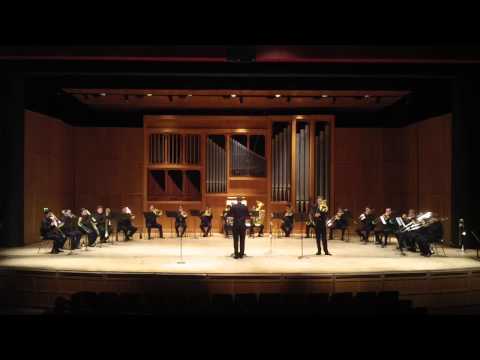