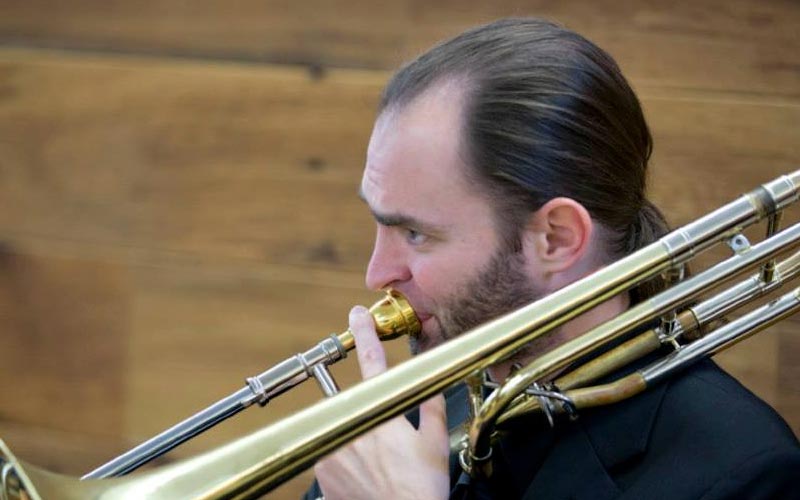 David Sisk, a native of Pittsburgh, Pennsylvania, began early musical study with Duquesne University’s City Music Center program, studying with the late Matty Shiner and Robert Hammrick. David earned his BM from Youngstown State University, studying there with Dr. Michael Crist and Paul Ferguson, and his MM at The Manhattan School of Music where he studied with David Finlayson. His other teachers include Milt Stevens, Keith Jackson, Jay Ashby, and Les Dean, Sr.

David is the former second trombonist of The United States Air Force Concert Band in Washington, DC, a position he occupied from May of 2001-2009.

“Since discovering the T350, I have been amazed by its consistency of sound, response, and resistance combined with the amount of control it provides me in regard to timbre and dynamic contrast. This trombone allows me to play the most delicate soloistic passages to the heaviest orchestral literature with equal ease. The Edwards T350 is by far the finest and most versatile instrument that I’ve ever played.”