Craig Klein is born and bred New Orleans and has constantly been exposed to a diverse mixture of music cultures. As a high school trombone player hanging around the French Quarter, his love of New Orleans music was solidi?ed when he stumbled upon Preservation Hall in the mid 70s.

From there, he chased the New Orleans sound all around town. In 1980, his trombone playing Uncle Gerry Dallmann invited him to parade around the Quarter with a funky street band called The Pair-A-Dice Tumblers. These musicians were bonified “Marching Music Therapists.”

That experience led him to become a founding member of two prominent brass bands, The Storyville Stompers (1981) and later The New Orleans NightCrawlers (1994)… Craig and Uncle Gerry still play a lot of music together to this very day!

In 1990, he received a call that concluded with an audition over the phone that landed him a gig with Harry Connick, Jr. This 16-year journey led to many recordings and world tours. In 1998, while on tour with Harry in New York, Craig was out enjoying the city and heard a Latin/Salsa band with 5 trombones… That night he had a dream to put a New Orleans band together featuring the trombone. Well, lots of trombones.

With the brass band concept as the foundation, he approached his Harry Connick bandmate and fellow New Orleanian, Mark Mullins about the idea. In 2006 Craig left Harry to focus on Bonerama and touring. The rest is Bonerama history.

All the while starting in 1994, Craig became a founding member of the New Orleans Nightcrawlers brass band. The band started out as a writer’s “workshop” and was an occasion for the musicians to get together and rehearse newly written music. Made up of some of the top musicians in New Orleans, the band build up a repertoire of tunes and made their ?rst recording in 1996 with Rounder Records. The band now has ?ve exceptional records and in April 2020 their album, ATMOSPHERE, won a Grammy in Best Regional Roots Album category. 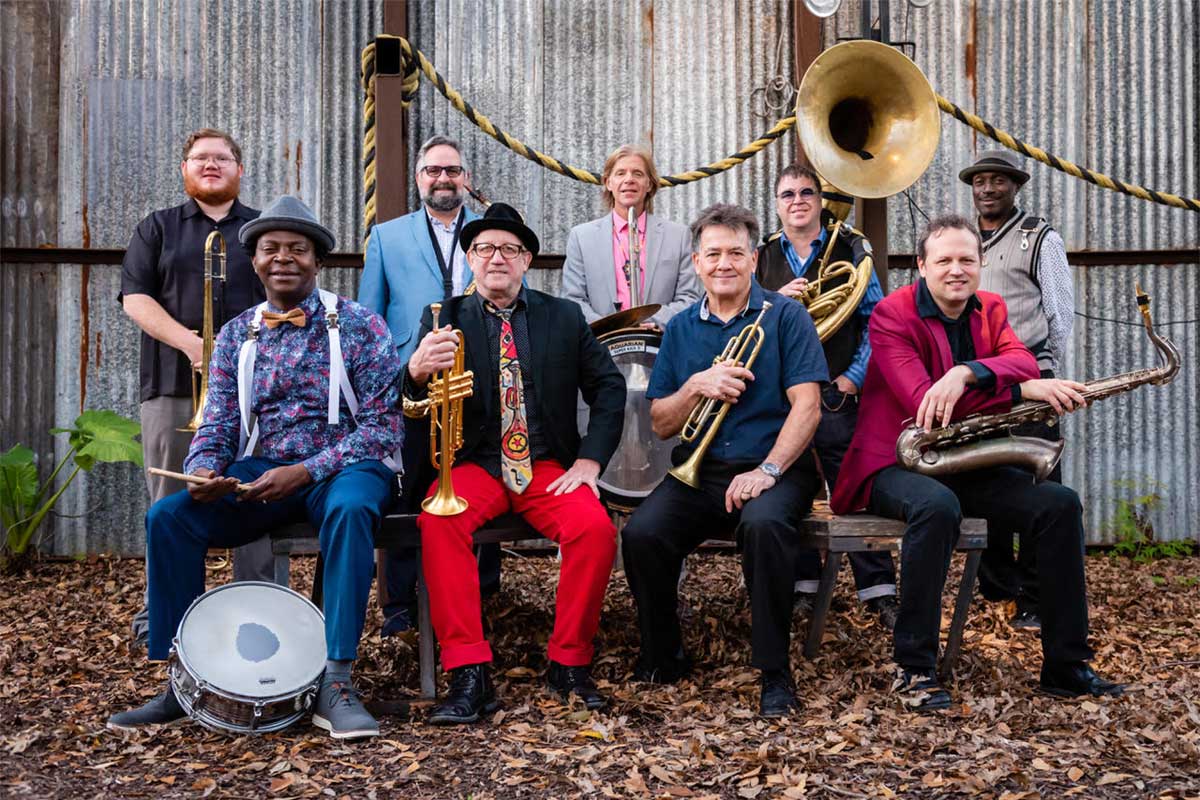 Let’s not forget that name… how did that come about?

They never had a name for the band. The band booked a club in the French Quarter called the Toulouse Cabaret where they had a portable studio set up to record. The band had to record early morning because they were all booked late into the evening with their other gigs. When the musicians started getting there around 10:00 am to start recording, the manager of the venue said “What are y’all doing here this early? Y’all are Nightcrawlers!” He named the band that day and it stuck.

Craig’s latest solo record was recorded in December of 2020 and was partly funded from a grant by the Threadhead Cultural Foundation. The recordings were meant to be a two-trombone gospel production featuring Lucien Barbarin and Craig with a rhythm section. Craig and Lu were already in preproduction of the recording when prostate cancer took Lucien away in January 2020.

Wanting to continue the work Craig decided to make a tribute record for one of his best friends and greatest in?uences. Being inspired by a Dickey Well’s and Rex Stewart record, Talkative Horns – Musical Conversations On Lucien Barbarin was produced. A tribute to a dear friend, great trombonist, and entertainer. Every song on the record has a direct connection to Lucien.

Craig and the New Orleans Nightcrawlers were featured on a Simpson episode where Lisa travels to New Orleans to get her mojo back. We’re not sure there’s a higher honor than that!

Craig in the News 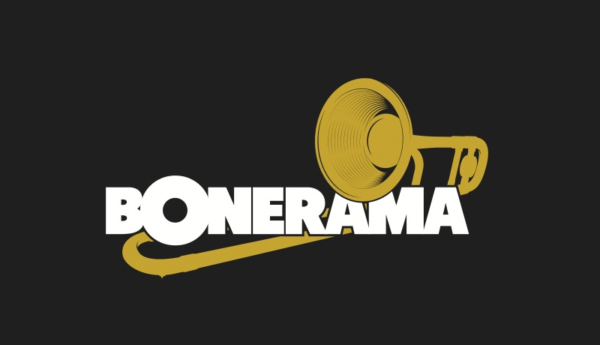 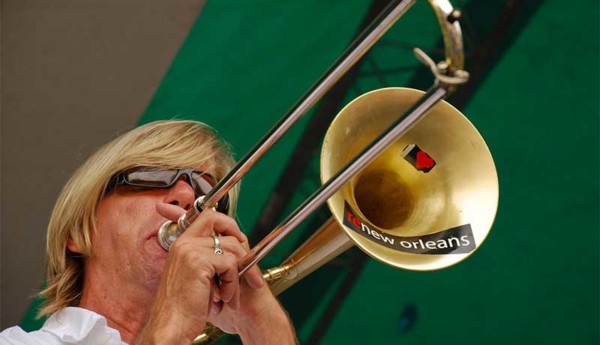